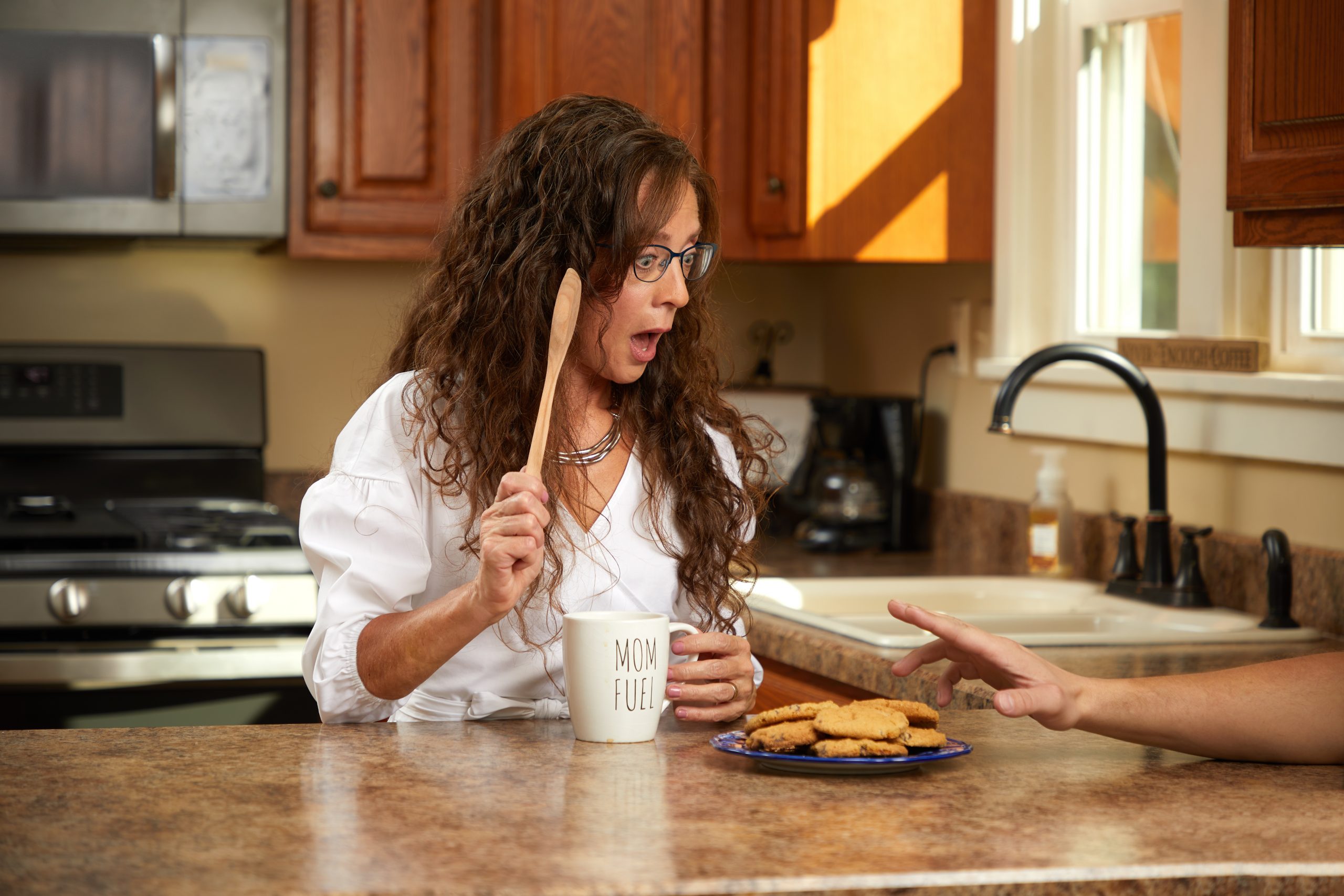 Rhonda is the mother of four boys, ages 32 to 15. She grew up on the plains of Kansas where buffaloes once wallowed, natives once hollered, and wheat turned to gold in the fields. Then she married The Boy and moved northeast where two-legged buffaloes wallowed, her young-uns hollered, and her hair turned gray on her head.

In her girlish daydreams, Rhonda recalls visions of a nice, even mix of boys and girls. “By the time the third boy baby came, we were seeing a definite pattern. Then one of them bought a beagle named Copper with his birthday money. When even the dog is a boy, you just know how it’s gonna end.”

Welcoming their squirming, running, chasing band of boys, the Schrocks settled in, happily accepting their lot. Just as they were closing down the hatchery, however, an errant stork flew in on a westerly wind, and a fourth set of blue jeans hit the chute.

“You can see,” she says with a wry grin, “that it hasn’t been even, but it’s been awfully nice.”

Her 34 years of marriage to her handsome, bald-headed husband have included a college degree (him), the establishing of a business (also him), and two new careers (her). To support her husband’s fledgling business, Rhonda began a career in medical transcription, working from home for physicians in other states. She would rock the sleeping baby in his car seat under the desk with one foot, press the pedal to play the dictation with the other foot, and type reports with both hands. All of this while planning the evening menu, tracking athletic schedules, and intercepting cookie thieves. 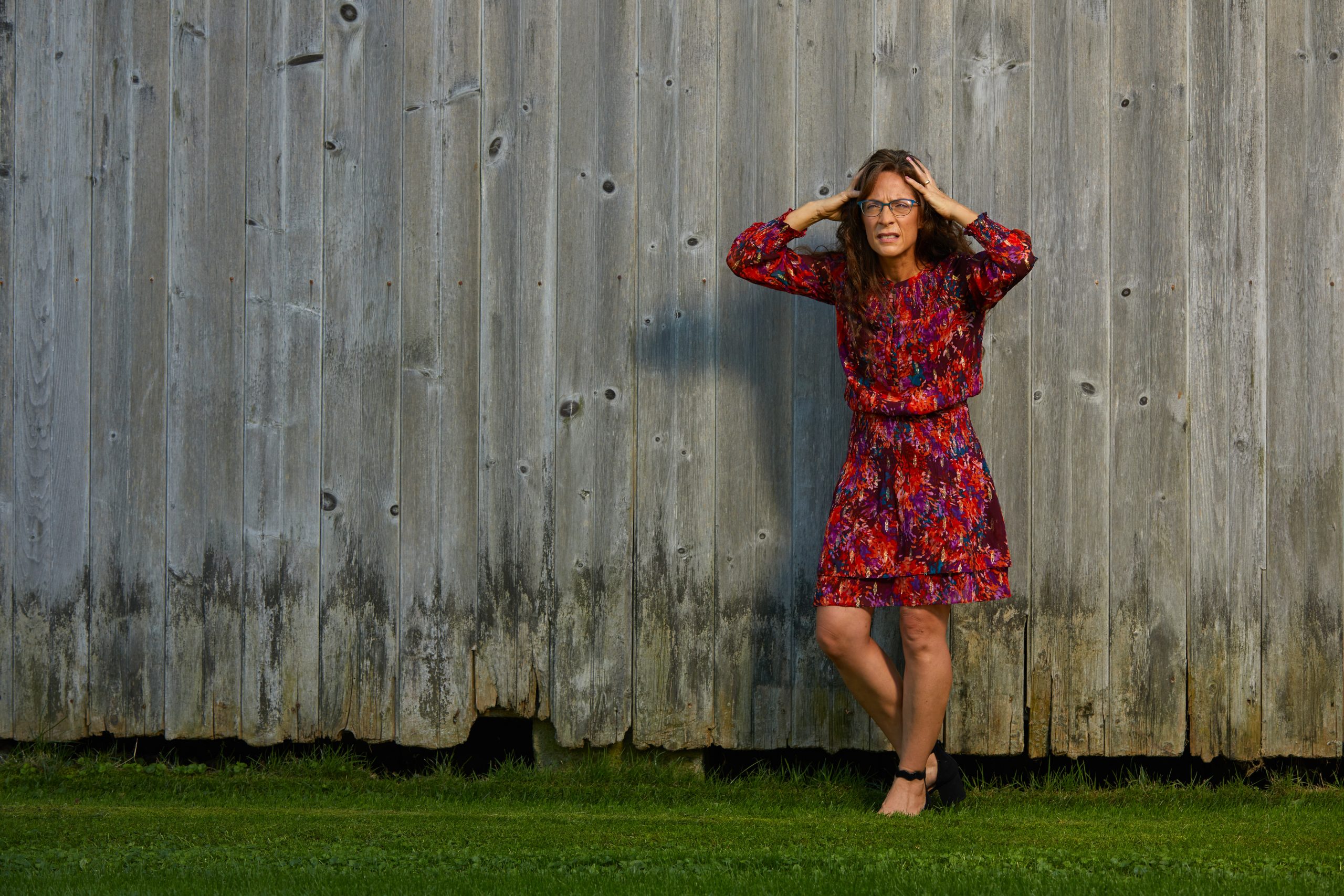 It was Mr. Schrock who noticed her talent for writing and began to call it out. She resisted, having no clear direction, and kept on typing and raising boys. Then one day, the Caller Outer had a conversation with a newspaper correspondent.

“What have you done?” Rhonda said when she heard about it. But several days later, after a hectic morning with a throwing-up baby, Rhonda sat down and wrote it up. It was funny, so she sent it to the baby’s father. Who laughed and sent it on to the reporter. The rest—well, you know.

That’s how “Grounds for Insanity” was born. For seven years, it ran in the Monday edition, page three, of The Goshen News. For seven years, readers devoured Rhonda’s stories of life with her rollicking brood. They howled at the pranks (vinegar ice cubes, for instance) and cried with her when Copper, beloved beagle, was killed and her first son graduated.

“We laugh and we cry,” they would say, “but mostly we laugh.” 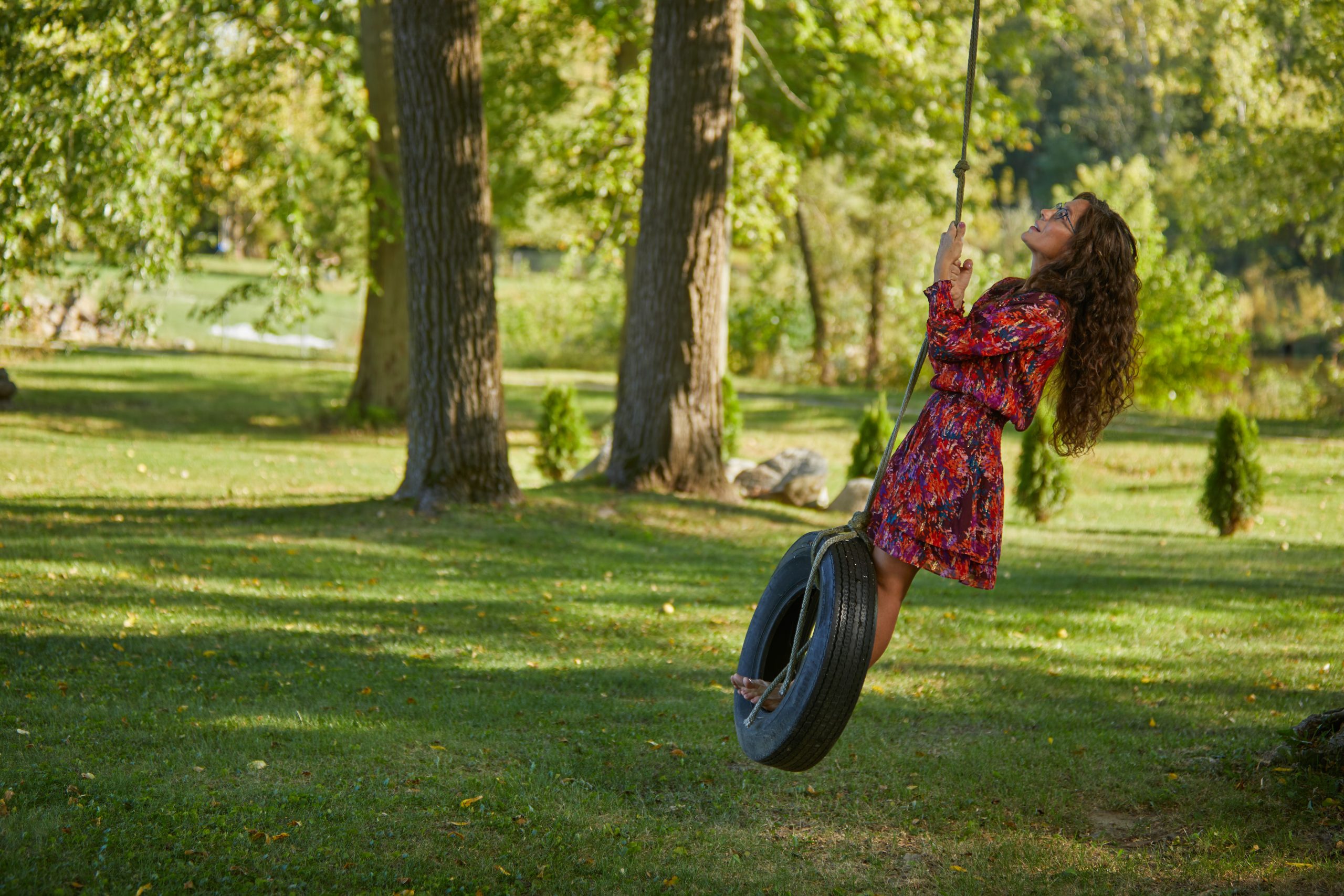 In “Grounds for Insanity,” so named for Rhonda’s love for coffee and her house full of boys, she covered everything. From family milestones to politics to sports to the ordinary events taking place in her back yard, she wrote it all. She paddled politicians, ran for president, sent a son to college, and petitioned Jacques Rogge (then IOC Chairman) to make diaper changing an Olympic sport. In all of her work, she intertwined humor, family values, and old-fashioned common sense with a strong, vibrant faith that brought readers back every week.

“Grounds” has made guest appearances in Rhonda’s hometown newspaper on the prairie, The Hutch News. It has run in magazines, including Just Plain Values and Cooking & Such. In 2012, Rhonda joined the staff of Cooking & Such as an editor, in addition to being a contributor. Rhonda has also written articles for Purpose magazine.

A prolific blogger, she has blogged for Bethel University, a son’s alma mater; Moms Michiana with The South Bend Tribune; and best-selling author, Suzanne Woods Fisher. In addition to writing, Rhonda has spoken at various clubs in her area and has been the keynote speaker at a women’s retreat. She has made numerous appearances on various radio shows nationally, a medium in which she excels.