Rhonda Schrock is the author and creator of “Grounds for Insanity,” a weekly column that was published in The Goshen News from 2007 to 2014. “Grounds” showcased Rhonda’s life as the mother of four growing, mischievous boys and the wife of their stalwart, blue-eyed father. For seven years, readers were entertained and enthralled by her tales from The Three. Her columns are archived here. 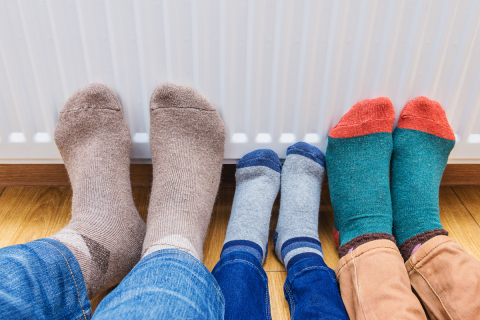 All for one, one for all–that’s family

09/29/14, Grounds for Insanity–It was a pair of socks. OK. So here, it’s always “a pair of socks.” Or rather, singles looking to be pairs. After years of laundering every 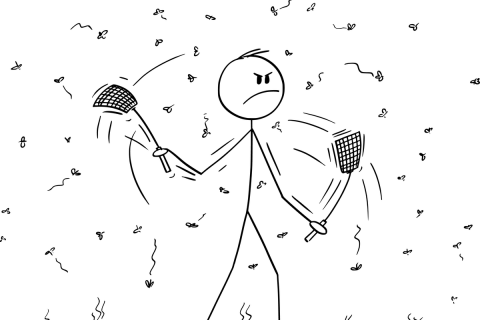 I was standing at the bathroom sink when I saw it. Glancing up at the corner where the shower meets the ceiling, there it was. It crouched, dark, menacing, a

You were created on purpose, so live without fear

It was pea soup. Murk. London Harbor, judging by the thick fog that had rolled in overnight, blurring the landscape in greys. Soldiering through, I deposited Inspector Gadget and his

When you “end up in Nappanee,” Jesus can help

It was the last FFF (Fun, Free Friday) of the summer. Here, one non-driving teen was needing a ride to the high school where the cross-country team was hoofing it

I’d put it to him at dinner one night. There he sat, my blue-eyed, sandy-haired kid with the freckles on his nose and a corn cob in his hand. With

Mirror, mirror that I see, who’s more stressed–him or me?

In the Great, Unsolved Mysteries of the Universe, this one ranks right up there. My vast experience with the opposite sex notwithstanding, I remain confused, perplexed and kerflummoxed; in a

God guides our steps in the dark–that’s faith

It came as a surprise. Both times, I’d not seen it, not in the beginning, at least. Both times, there’d been nothing to indicate it lay hidden somewhere in the

Summer of fun, faith and changes on The Three

What a summer it’s been. It began as it has many times in the past with a Little League baseball season. Up at the ballpark, we renewed old acquaintances, made

I was born on the Kansas prairie. On a long-ago day in July, I appeared, beating one sister by a couple of years and a brother by a solid six.

Schrock boys could add excitement to the White House

What a wonderful time of year. As I write, a summer rain is falling. Instead of bundling up in layers, tripling my normal circumference, I trot happily about in flip-flops