Rhonda Schrock is the author and creator of “Grounds for Insanity,” a weekly column that was published in The Goshen News from 2007 to 2014. “Grounds” showcased Rhonda’s life as the mother of four growing, mischievous boys and the wife of their stalwart, blue-eyed father. For seven years, readers were entertained and enthralled by her tales from The Three. Her columns are archived here.

In science news, a team of researchers has announced an exciting discovery. Using the Kepler Space Telescope, the team, which includes a Notre Dame professor, has found a planet slightly

Family enjoys “final four,” but are no longer counting

That is one big number. In this case, it is, though it’s not so large when one is discussing, say, cups of coffee consumed in a week or the number

CSLs could use some TLC when dealing with PSLs

If part of getting older is learning to know yourself better, then I’m getting older. It was recently that revelation struck, a flash of self-discovery, and I shared it with

It’s a phenomenon that has swept the nation. With few exceptions, it’s one that the Schrocks haven’t embraced. It’s reality TV, and it looks like it’s here to stay. Every

Just as things began to lighten up, it hit. You crawled into bed on a Saturday night. After flipping and flopping to find just the right spot, your flannel-clad posterior 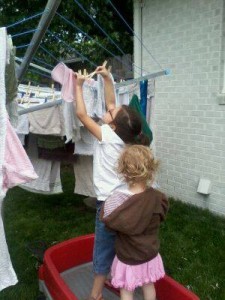 Scales of justice balance out when ‘Usual Suspect’ gets one, too

It was a mutual thing. There he was, looking stunned, and there I was, feeling stunned. It happened at the local Dairy Queen. Inspector Gadget, number three in the queue,

When the last nerve snaps, “carpe escape” and go for coffee

It was a 90-cent Twix bar that did it. That, and a real short fuse. According to news reports, a 27-year-old Iowan was fired after an unfortunate incident involving a

Moms, give yourselves some grace–no one’s perfect

It’s a Saturday morning. We are still in our pajamas, as is our wont, starting the day real slow. I glance over at Little Schrock, a cozy, little cat in

Olympic feats of the everyday need their own events in Sochi

It’s been coming for weeks. Snow, drifting, piling, packing and plopping. Faster than one can shovel, it falls, burying mailboxes, cars and, in one reported case, a smallish, sluggish, decaffeinated 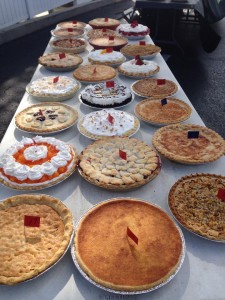 FacebookTwitterGoogle+DiggPinterestBloggerWhat a business trip that was. And what a sight for sore eyes. Or wait. A sight for frostbitten eyes is what it was. I nearly felt bad announcing it.