It began with a conversation that invited a deeper look. They were difficult words to hear, and I felt the old, sharp discomfort. Then came the whisper that began to set things right.

“Fight your way through the old messages of failure.”

That day, driving along in autumn’s golden light, I began to pull the thread.

“Failure.” An awful word, but what was attached to it? 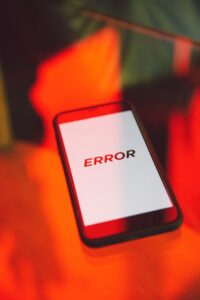 “Impossibility.” Just like that, the second word came, and I held it in the palm of my hand as a smooth and polished stone. Driving, driving, thinking, thinking as I turned those words around, first to the left, then to the right, looking at my reflection.

Where did they come from? That’s what I asked myself, and the answers began to appear.

I thought of the person I could never seem to please. Over and over, the message I received was “failure.” After many such failures, I saw that “impossibility” had sidled in and made its agreement with “failure.” Then together, like awful, malicious twins, they held hands and refused–refused–to let go.

Another name came to my mind. I’d never been able to draw this one in; to interest him/her in a relationship with me. No matter what I did or did not do, it never worked. It always failed, and again there stood the twins.

Failure. Impossibility. “You will never win this battle.”

I was determined that day to follow the thread all the way, to lay the ax to the root of the tree. And so I thought, “What do I want to do?”

Alone in my car, I spoke aloud. “I will never again believe that I am a failure. Never. I am done believing that. No longer can anyone pressure or control me or make me believe that I’m a failure.”

The relief that came was so sweet. I knew in my bones that some victory had been won, that ancient judgments had fallen away. The verdict of failure had been canceled.

Since that landmark day, I’ve faced other ancient messages. They, too, came through old wounds. The words attached to them were shame, aloneness, condemnation, and powerlessness.

Just like I did with “failure,” I traced them down to the roots. Nothing was going to avert my gaze or distract me from finding the core, and I found it. Then, as above, I said to myself, “What do I want to do?”

Out loud, I said it once more. “I will not believe that I am shameful, or condemned, or alone, or in danger, or powerless. I cancel those beliefs.” And then, as a loving heavenly Father listened in, I declared with boldness what I chose to believe instead.

It was powerful. It was liberating. It was a relief!

Which brings me, now, to you. If your own inner “culture” involves unhealthy beliefs, old messages that are no longer useful to you, maybe it’s time you cancel it. Cancel it all and choose a new “culture,” a culture of life and love and light and truth.

“You desire truth in the inner parts,” the shepherd boy said, “and in the hidden parts, You make me to know wisdom (Ps. 51:6).”

I love this so much, and I am your witness today that it is true. When Truth and Wisdom infuse your innermost parts, your “culture” changes from death to life. It’s the most wonderful, amazing transformation.

Shame, fear, failure, defeat, despair, and all of their minions, this is the culture we need to cancel. It will make room for the very culture of heaven in our hearts.

P.S. – You don’t need to fear God’s work in your inner parts. It’s always for redemption, not destruction. He’s been very gentle with me. He’ll be that gentle with you, too.